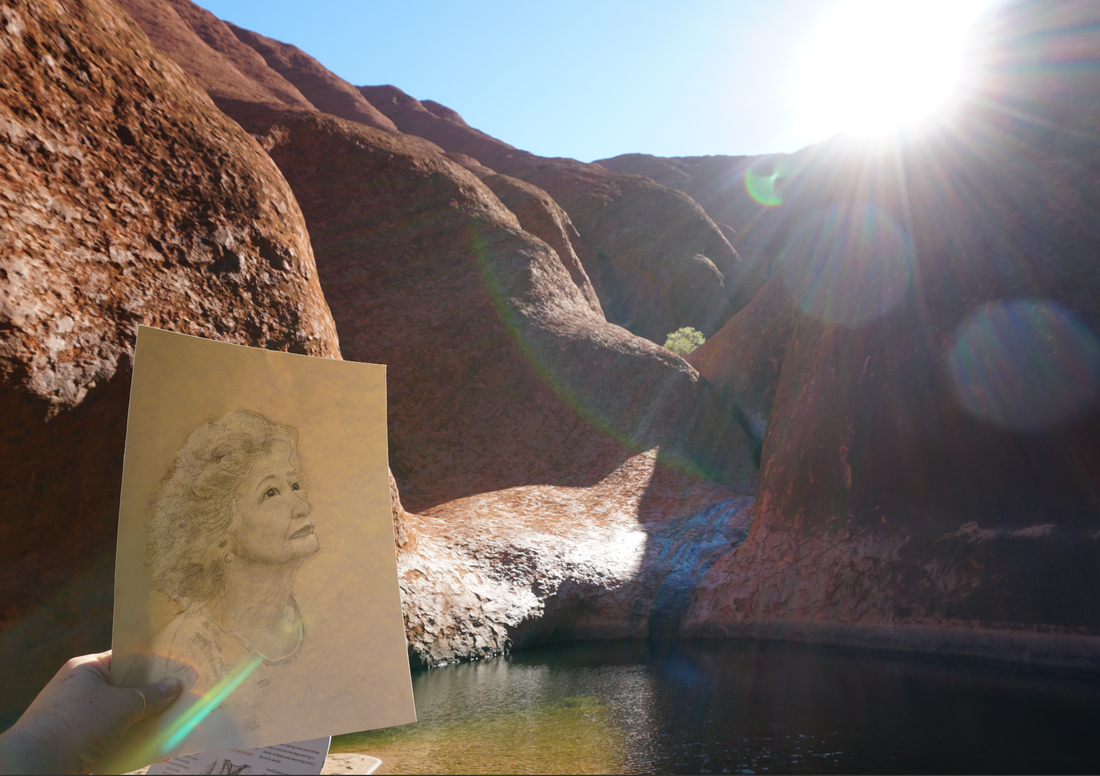 Momma & Kuniya, the Great Water Python, Uluru-Kata Tjuta National Park, NT, Australia, 2017
​
This photograph was created at Uluru-Kata Tjuta National Park in Northern Territory, Australia, specifically at the Mutitjulu watering hole.  Uluru (a giant sandstone red rock that rises out of the Central Australian desert) has significance for all Aboriginal people because of its role in Tjukuritja or Creation Time.  Aboriginal people believe that Mutijulu is a site for female strength, mourning, and healing.  This belief is expressed through the story of Kuniya, the great Water Python Spirit who resides at Mutitjulu, who mourned the murder of her nephew and later defeats the army of snakes that killed him.  The evidence of her battle is visualized in the rock.  In this video, George holds up a hand drawn portrait of her mother and describes her mother’s story of loss, strength and healing to the spirit of Kuniya. 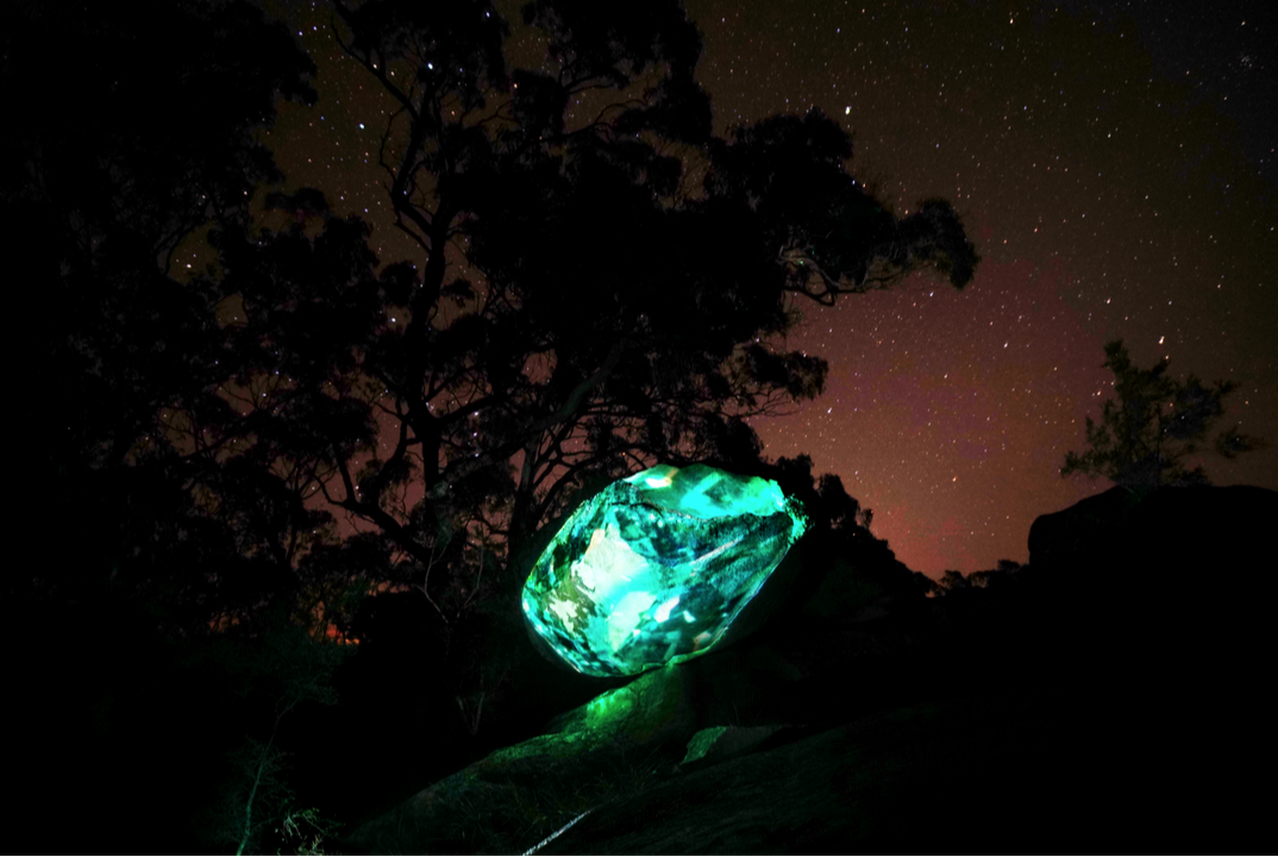 ​
The artist documented this performance from the viewpoint of the coral at the rare site where these two eponymous World Heritage sites collide.  The dead coral washed up on the shore.  She picks it up and walks it off the beach, through the rainforest, while introducing it to the land-based ecosystem that represents various stages of 400 million years of plant evolution.  Then, she returns the coral to the sea. 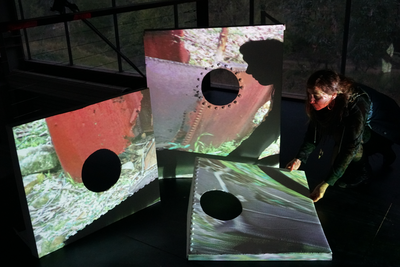 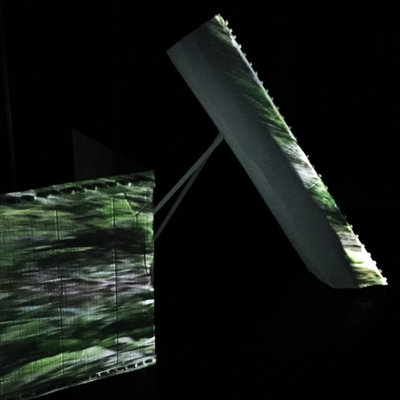 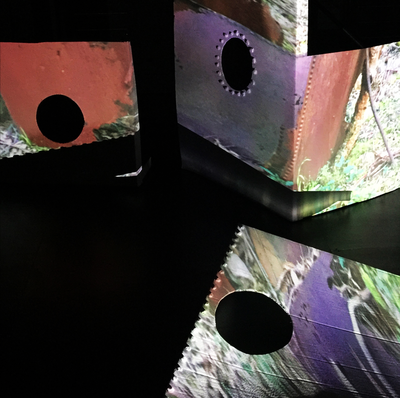 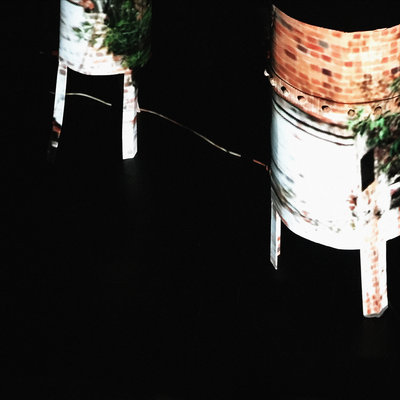 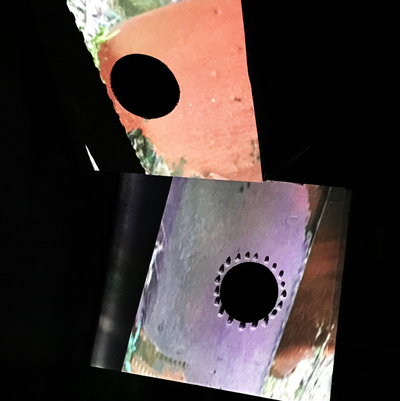 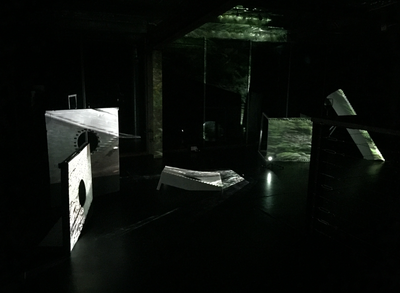